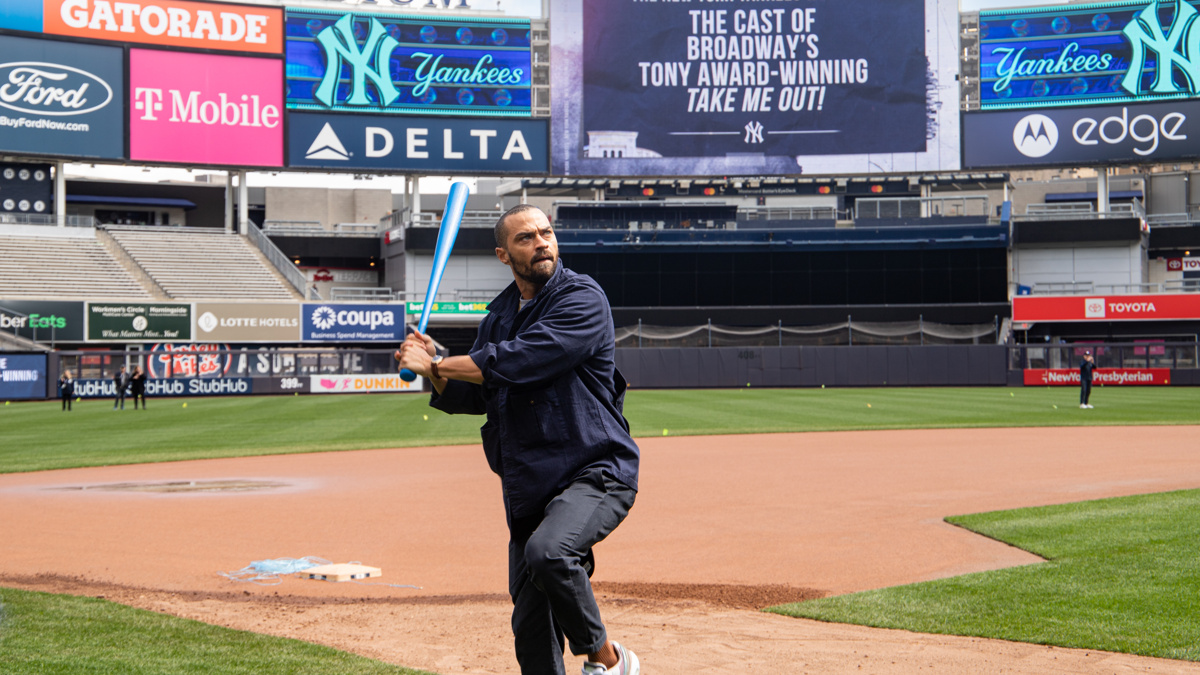 Batter up! The Broadway cast of Richard Greenberg’s Take Me Out recenty took a field trip to Yankee Stadium. The cast, led by Patrick J. Adams, Jesse Tyler Ferguson and Jesse Williams, got a tour of the stadium and even got a chance to step up to plate. The production marks the first revival for the Tony-winning play. It follows Darren Lemming (Williams), a star center fielder for the Empires who reveals he is gay and faces a barrage of long-held unspoken prejudices. The revival also features Julian Cihi, Hiram Delgado, Carl Lundstedt, Ken Marks, Michael Oberholtzer, Eduardo Ramos and Tyler Lansing Weaks. Directed by Scott Ellis, Take Me Out opens on April 4. Check out the photos below, and be sure to take a trip to the Helen Hayes Theatre to see the cast in action.