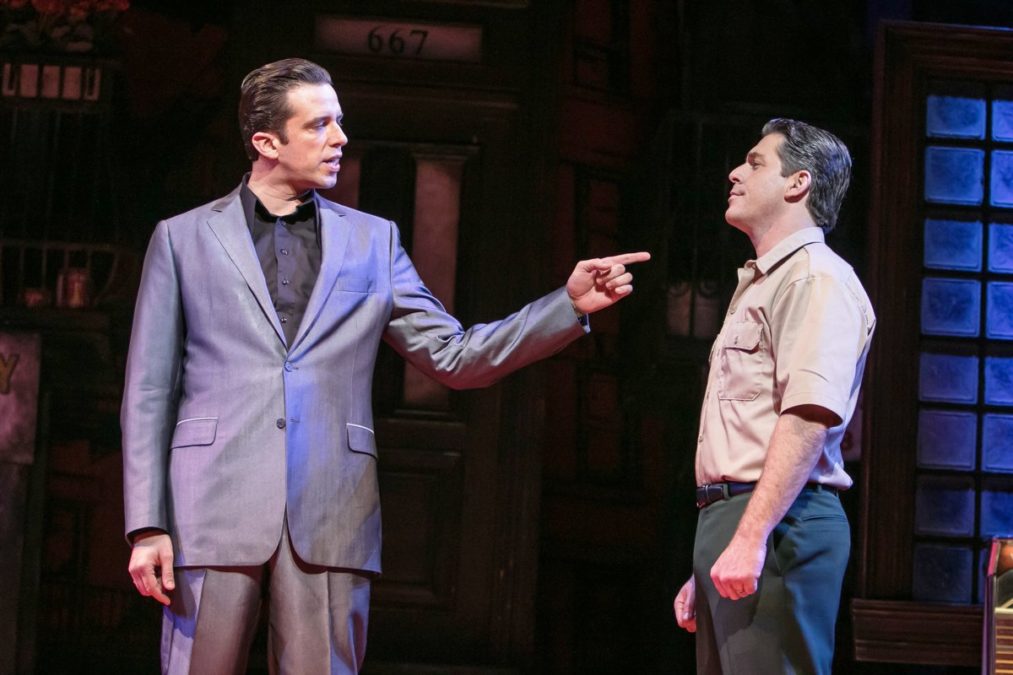 From Paper Mill Playhouse to the Great White Way! Broadway faves Richard H. Blake and Nick Cordero will lead the cast of A Bronx Tale, reprising their respective roles as Lorenzo and Sonny. Co-directed by two-time Oscar winner Robert De Niro and four-time Tony winner Jerry Zaks, the production will begin previews on November 3 and officially open on December 1 at the Longacre Theatre. The tuner bowed at Paper Mill Playhouse last year; Blake, Cordero and Jason Gotay headlined the limited engagement at the New Jersey venue.

Bobby Conte Thornton will make his Broadway debut in the role of Calogero, previously played by Gotay; Ariana DeBose (Hamilton) and Bradley Gibson (Rocky) also join the cast as Jane and Tyrone, respectively. Lucia Giannetta (Les Misérables) reprises her Paper Mill role as Rosina. The role of Young Calogero will be announced at a later date.

Featuring a book by Chazz Palminteri, music by Alan Menken (Aladdin) and lyrics by Glenn Slater (Aladdin, School of Rock), A Bronx Tale is inspired by the real life story of Palminteri. The streetwise musical will take you to the stoops of the Bronx in the 1960s—where a young man is caught between the father he loves and the mob boss he’d love to be. Featuring a doo-wop score, A Bronx Tale is a story about respect, loyalty, love, and above all else: family.