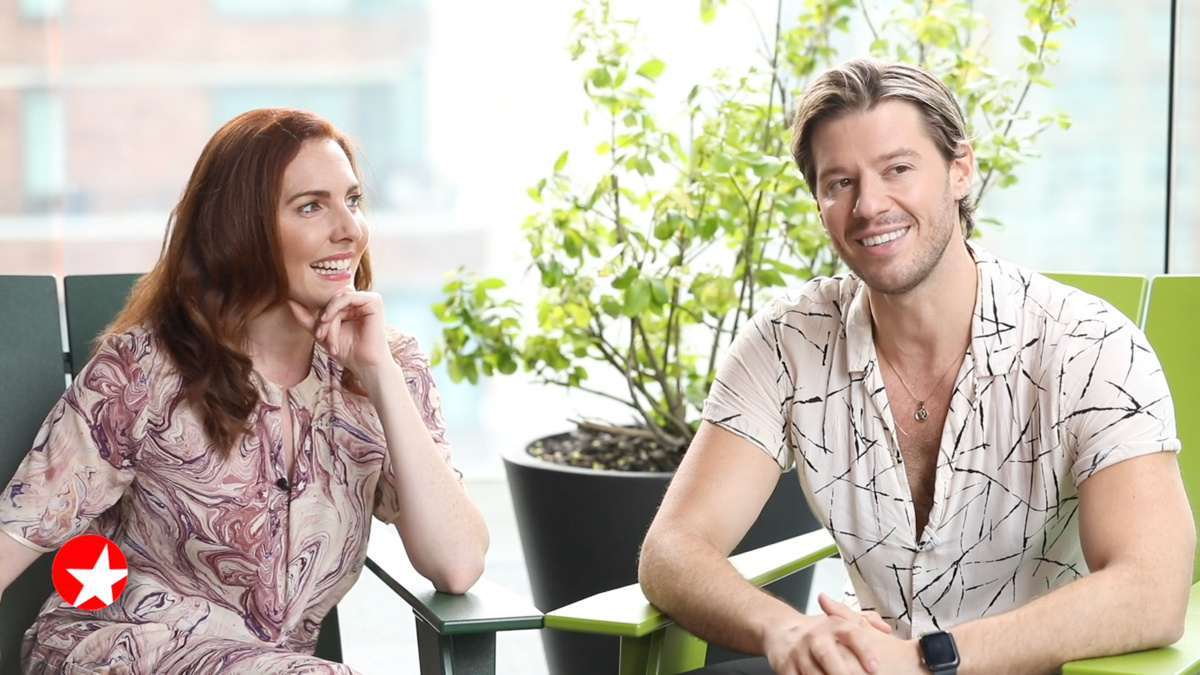 In the 1997 hit movie Titanic, the mammoth ocean vessel is referred to as “the ship of dreams.” Its journey takes an unexpected turn, to say the least. Marla Mindelle and Constantine Rousouli know a lot about the Titanic and Céline Dion, the world-renowned singer of the Oscar-winning song “My Heart Will Go On.” In Mindelle and Rousouli’s case, Titanique, their parody musical based on the ’90s blockbuster, has also taken an unexpected turn—this one’s for the better. On a recent episode of The Broadway Show, Broadway.com Editor-in-Chief Paul Wontorek sat down with the performers at citizenM hotel to talk about taking a late night idea on a glorious voyage from Los Angeles to New York.

Mindelle and Rousouli are self-proclaimed “musical theater ex-pats.” Mindelle offers the shows’s origin story: “We were in Los Angeles doing dinner theater—these movie-to-musical parodies like The Devil Wears Prada, Troop Beverly Hills, Scream. Connie comes up to me, and he’s like ‘The next musical we do should be Titanic with all Celine Dion songs. I’ll be Jack Dawson a.k.a. Leonardo DiCaprio, and you’ll be Celine Dion.’ I was like, ‘Absolutely not.’ She is my literal icon, diva, legend. I grew up belting my face off—she taught me how to sing. So I was like, ‘There is no chance in hell that I can play the greatest singer of all time.’ And then we sat on the idea for two years.”

That was when Tye Blue, Titanique‘s director and co-author, came in, claiming, to quote Dion, that the show was worth taking chances on. “We started writing it literally because we were unemployed, and we just needed to make each other laugh,” Mindelle said. “Five years later, here we are off-Broadway with Broadway producers attached.”

Titanique, playing at the Asylum NYC, incorporates Céline Dion hits to tell the story of Titanic. Mindelle plays a version of the singer, who narrates the fateful evening aboard. “It’s a love letter to her,” Rousouli, who plays a parodied version of Jack Dawson a.k.a. Leonardo DiCaprio, said. “I’m not just tooting our own horn—I’m genuinely shocked—I have not heard people laugh this much since I saw The Book of Mormon,” Mindelle added. “People are living their best lives. I just think everyone wants to laugh right now.”

When asked whether Dion knows Titanique exists, Mindelle and Rousouli immediately answered in unison: “God, I hope so.” Near, far, wherever she is—here’s hoping the international superstar makes her way to this splashy musical comedy.

Watch the interview below, and head here to check your local listings for The Broadway Show. Hosted by Emmy-winning anchor Tamsen Fadal, it is the only nationally syndicated weekly theater news program.