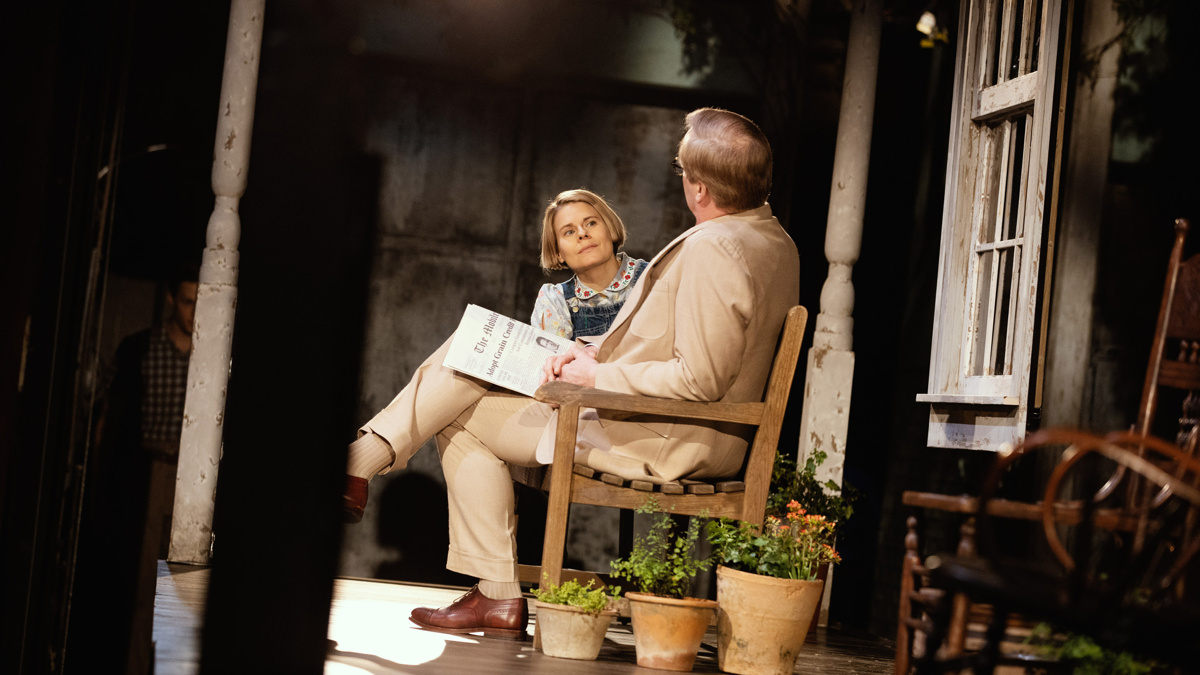 All rise! Aaron Sorkin’s stage adaptation of To Kill a Mockingbird resumes performances at Broadway’s Shubert Theatre on October 5. With the Jeff Daniels returning to lead the company as Atticus Finch and Celia Keenan-Bolger reprising her Tony-winning turn as Scout, this marks the production’s first performance since the Broadway shutdown began in March 2020.

Based on Harper Lee’s Pulitzer-winning novel and set in Alabama in 1934, the story of racial injustice and the destruction of childhood innocence centers on one of the most admired characters in American literature, small-town lawyer Atticus Finch. Broadway’s To Kill a Mockingbird features a script adapted by Sorkin and direction by Bartlett Sher. Orin Wolf has been named Executive Producer of To Kill a Mockingbird, effective immediately. He will oversee all aspects of the production.

The production, which began previews on November 1, 2018 and officially opened on December 13, received nine Tony nominations in 2019, including one for Daniels’ performance and a win for Keenan-Bolger.

At the time fo the Broadway shutdown, To Kill a Mockingbird was led by Ed Harris as Atticus Finch and Nina Grollman as Scout Finch.