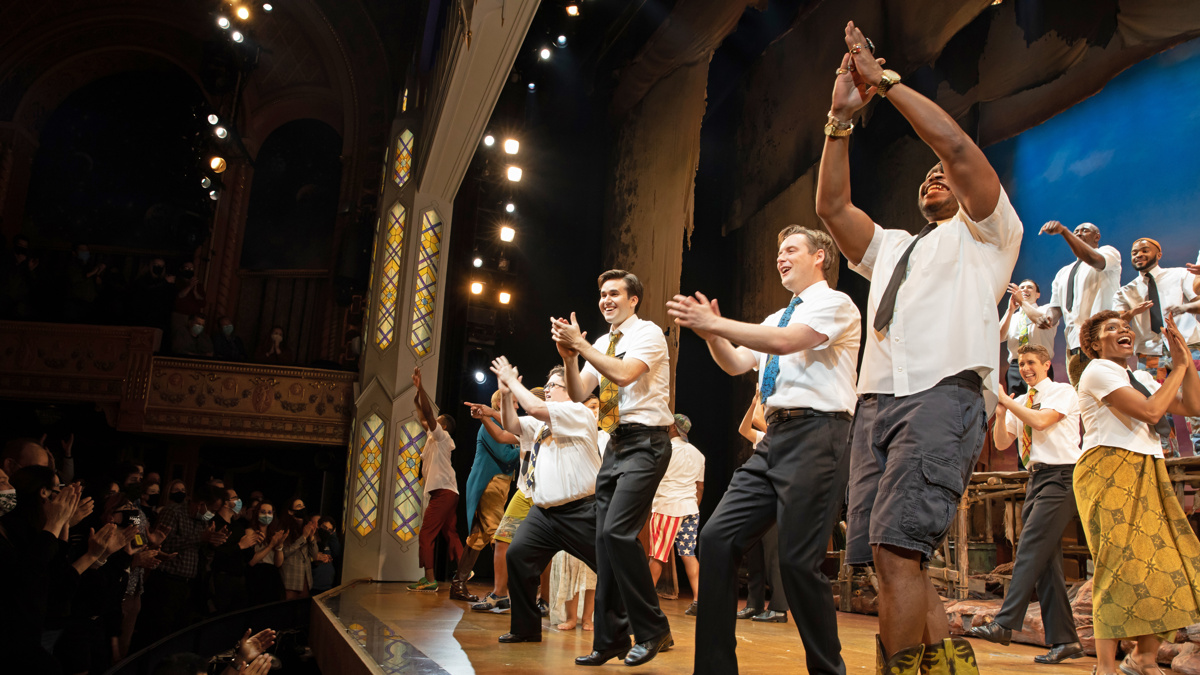 Hello! See Photos from The Book of Mormon‘s Broadway Reopening

November 5 marked a divine “ding dong” for fans of The Book of Mormon! The Tony-winning musical resumed Broadway performances at the Eugene O’Neill Theatre. Co-directors Trey Parker and Casey Nicholaw were in the house on the big night, and now fans can get a peek inside for themselves. The show stars returning cast members Kevin Clay as Elder Price, Cody Jamison Strand as Elder Cunningham, Kim Exum as Nabulungi, Olivier Award winner Stephen Ashfield as Elder McKinley and Sterling Jarvis as Mafala Hatimbi. Take a look at the fun shots here!