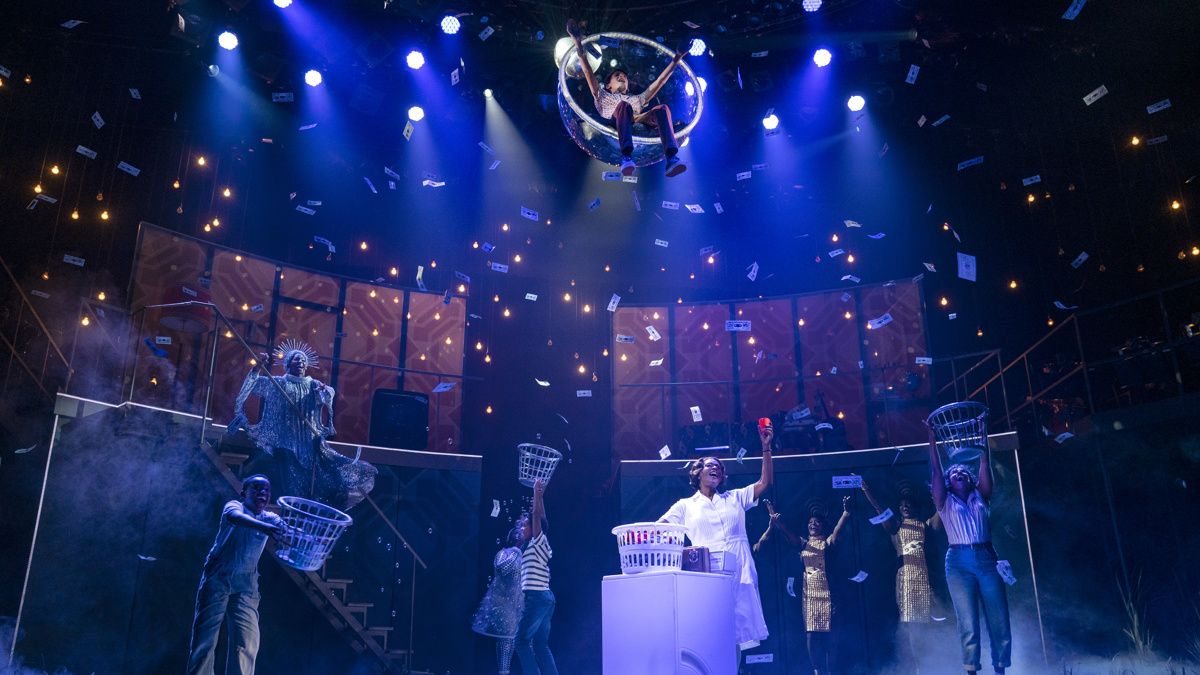 Go Inside the Broadway Revival of Caroline, or Change With New Photos and Video

The Broadway revival of Tony Kushner and Jeanine Tesori’s Caroline, or Change opens at Studio 54 on October 27, and now you can get a look at the production with these new photos and video. Starring Olivier winner Sharon D Clarke as Caroline, the musical also features John Cariani, Caissie Levy, Tamika Lawrence, Samantha Williams, Chip Zien and more. Directed by Michael Longhurst, Caroline, or Change is set in Louisiana in 1963. Revolution is in the air, but not so much for Caroline, the poorly paid maid toiling endlessly in the sweltering basement of the Gellman household. It’s a fantastical, magical place amid the piles of laundry and singing washing machines, especially for eight-year-old Noah Gellman, who sneaks downstairs to see her whenever he can. Yet a simple gesture to leave more money in Caroline’s pocket is about to test who and how far the winds of change can ever really reach. See more of the musical by checking out production photos and a video below!

Below, see clips from the musical!