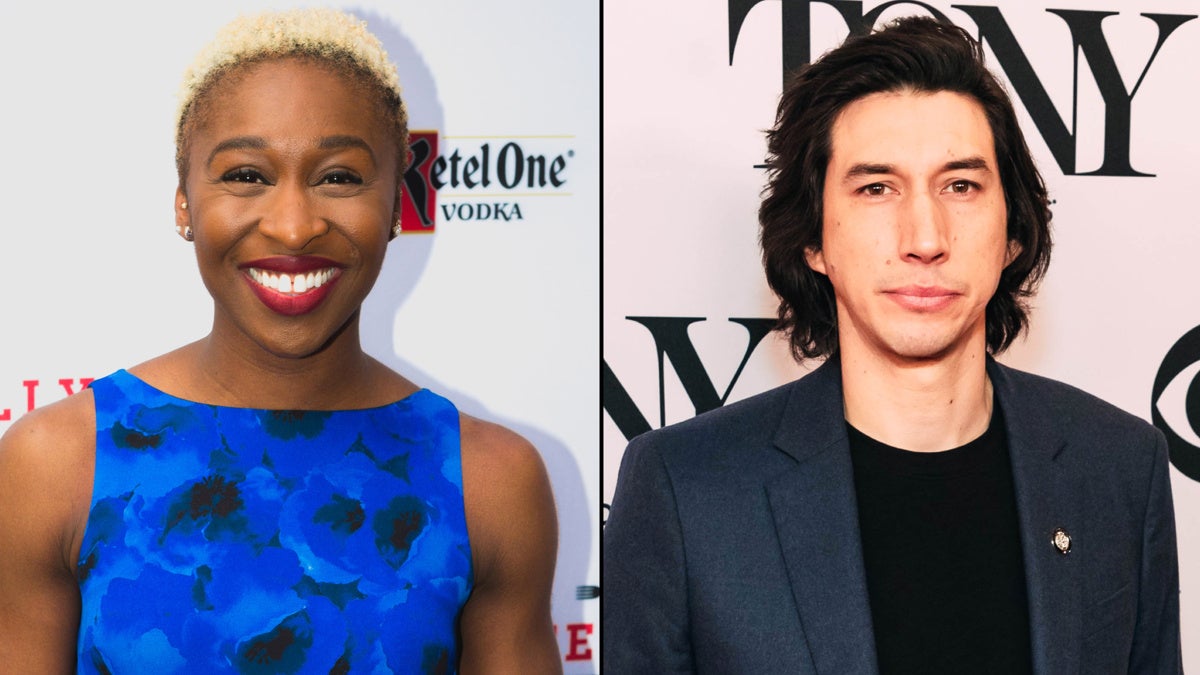 This year’s Oscar field is crowded with Broadway alums. Cynthia Erivo, who won a Tony Award in 2016 for her turn as Celie in the Broadway revival of The Color Purple, and Adam Driver, a three-time Broadway alum who was nominated for a Tony last year for Burn This, are among the list of potential Oscar winners nominated by the Academy of Motion Picture Arts and Sciences on January 13. Sam Mendes, the five-time Tony winning director and producer who will helm The Lehman Trilogy on Broadway this spring, was also nominated as Best Director. His film, 1917, was tapped for Best Picture.

Erivo, who’ll become the youngest ever EGOT winner if she succeeds at the Academy Awards, nabbed two nominations for Harriet. Her turn in the title role earned Erivo a Best Actress nomination; she also scored a Best Original Song nomination for co-writing “Stand Up” for the film. She finds herself up against two other Broadway names in the Best Original Song category, with Frozen composing duo Kristen Anderson-Lopez and Robert Lopez nominated for their Frozen 2 song “Into the Unknown.”

Driver, whose performance of Charlie in Noah Baumbach’s Marriage Story has earned him acclaim this year, was nominated in the category of Best Actor. Antonio Banderas, who was Tony-nominated in 2003 for Nine and led the film Pain & Glory this year, was also nominated in that category, as was the two-time Tony winner and veteran stage actor Jonathan Pryce for his portrayal of Pope Francis in Netflix’s The Two Popes.

Other notable Broadway actors tapped by the Academy were Tony winner Scarlett Johansson for her role in Jojo Rabbit and her role opposite Driver in Marriage Story; Saoirse Ronan, who starred as Abigail Williams in the 2016 revival of The Crucible, for Little Women; Tony nominee Kathy Bates for her supporting role in Richard Jewell; two-time Tony-winning actor Al Pacino for The Irishman; Tony winner Anthony Hopkins for The Two Popes; and Tony nominee Tom Hanks for his turn as Mr. Rogers in A Beautiful Day in the Neighborhood.

Renée Zellweger, whose portrayal of Judy Garland, the iconic star of Golden Era Hollywood musicals, earned audience and critical acclaim, was also tapped by the Academy for a Best Actress nomination. Judy, which chronicles Garland during the last year of her life, was adapted for the screen from the Broadway play End of the Rainbow by Peter Quilter.

The 2020 Oscars will be held on February 9 at the Dolby Theatre in Los Angeles and will be televised live on ABC without a host. For a full list of nominees, click here.