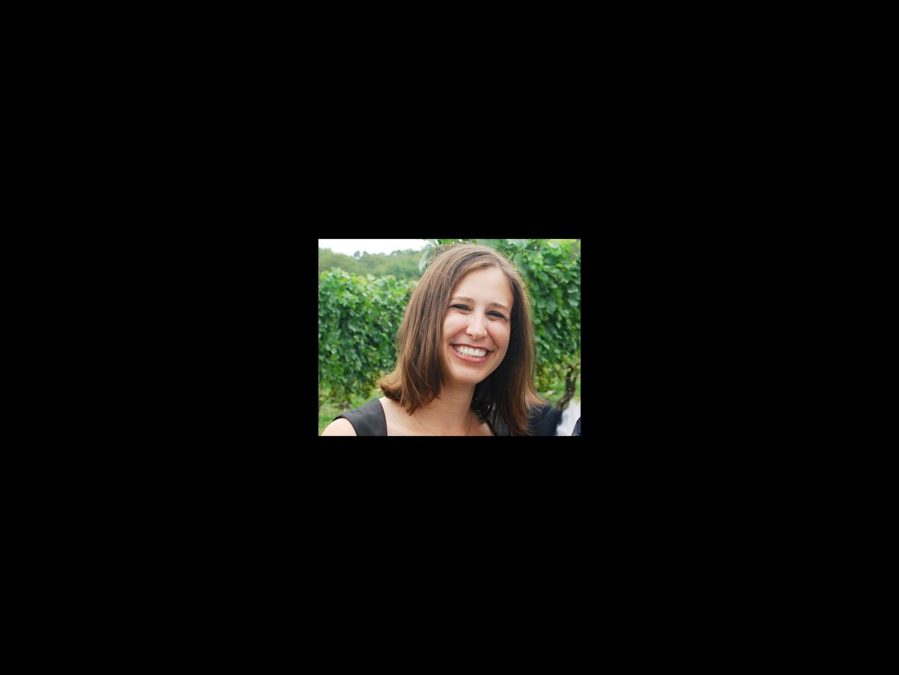 
Don't you want to be just like Allison Ehrich Bernstein? Let us answer this one for you: YES! Yes, you do. Why, you ask? Because on June 8, Allison will be watching the 68th Annual Tony Awards from Radio City Music Hall. Yep, that's right, she gets to celebrate Broadway's biggest night with all of our favorite stars from the stage and screen. We know what you're all thinking: "How?! How did Allison arrive as this amazing opportunity?" Welp, she did what any sane Broadway fan should do and she entered the Broadway Across America Tony Awards Sweepstakes presented by The Manhattan Club! (PS: You can enter the very same sweepstakes right here!) We're ecstatic for Allison and couldn't wait to hear all about her upcoming trip to New York City, so we reached out to find out how she's prepping for her evening of schmoozing with the Great White Way's best and brightest. You owe it to yourself to find out more about Allison below because this could be you—next year!

To begin, could you tell us a little bit about yourself?
I’m a lifelong theater nerd—I saw my first Broadway show in second grade, and I was a dedicated chorus member in every production my high school staged, from War of the Worlds to Footloose. I’m mostly an audience member these days, but there’s always one weekend in June that I schedule around a certain awards-show broadcast! In my offstage life, I work in political communications in Boston, though I’m originally from Norfolk, VA.

Were you an avid “sweeper” before you won the Broadway Across America 2014 Tony Awards sweepstakes?
Not really—but I’m glad I made an exception!

Why did you enter the sweepstakes?
I’d actually entered this particular sweepstakes in previous years—I figured that someone had to win, and I was already on the Broadway.com and Broadway Across America email lists anyway (from voting in the Broadway.com Audience Choice Awards, of course).

What was the first thing that went through your mind when you found out you’d won the sweepstakes?
“If this is some kind of Nigerian scam, they’ve gotten very specific with their targeting.” I think everything after that was sort of delighted gibberish.

Why are the Tony Awards special for you?
My family has joked for years that I talk about theater the way most people talk about sports, and, likewise, the Tony Awards are basically my Superbowl. More than any other awards show, it’s the one where I know all the names, get all the jokes, and never get bored. Plus, the Tonys have way better live performances than other awards shows (Idina Menzel at the Oscars excepted, of course)!

What part of your trip to the Tony Awards are you most looking forward to?
This year, I’m looking forward to the musical performances, as I haven’t seen several of the nominees yet—and all things Hugh Jackman. But given that I actually get to be there this year, instead of just watching on TV, I’m particularly psyched to be walking the red carpet—just let me say hi to Norbert Leo Butz, please!

Who or what shows are you rooting for at the Tony Awards?
I always root for Kelli O’Hara and Jason Robert Brown, even though The Bridges of Madison County closed before I could see it—she’s just such a stellar actress who, I think, has been robbed in the past, and he writes the most romantic scores I’ve ever heard. I also hope The Glass Menagerie takes home a few statues—Celia Keenan-Bolger is long overdue for a Tony, and the production originated at A.R.T., which is based in Boston, where I live! I’d also love to see A Gentleman’s Guide to Love and Murder take home the big award—it was such a clever show, with really fun performances.

What else are you looking forward to doing in New York City? Who are you bringing with you?
My longtime boyfriend, Andy, is going to be my date. We’re in New York City a lot to see family, so we’re looking forward to doing things we never seem to have time to do on other trips, like the Transit Museum. Also, my cousin works for Sesame Street, and he’s promised us a tour of the puppet workshop!

Have you always been a Broadway fan? Do you remember the first show you saw?
Definitely! My first show was Beauty and the Beast, when I was in second grade—my grandparents lived just outside the city in New Jersey, so they would take us to see everything from 1776 to Wicked whenever we came to visit. These days, I always feel a little like I’ve missed an opportunity if I visit New York without seeing a show—and I try to patronize local theater as much as I can in between trips!

Are you excited to get all dressed up and mingle with other ceremony guests?
Oh, very! I haven’t had an excuse to wear a ball gown since high school, and it’ll be fun to be surrounded by so many other theater lovers for the night.

You’ve been an avid reader of Broadway.com/BAA for 10 years! What do you love most about it?
It’s the perfect reliable one-stop shop for whatever Broadway news I’m looking for, whether that’s Tony nominees, in-depth interviews (the Show People episodes with Sherie Rene Scott and Patina Miller come to mind!), or exciting regional theater news (I actually screamed when I saw that Jeremy Jordan would be at A.R.T. this summer). Plus, the site runs awesome contests like this one!